What Is an Ovarian Cyst? 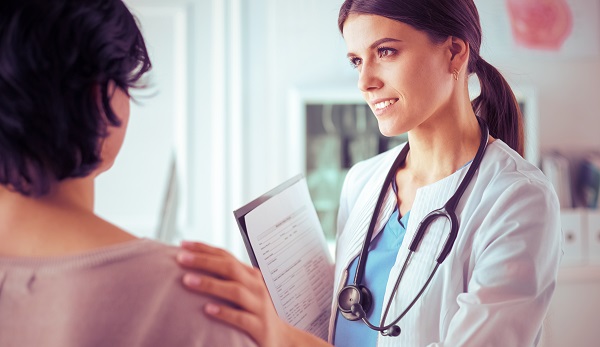 An ovarian cyst is a sac located in the ovary. Usually, when a woman ovulates, it fills with fluid. While some women have zero symptoms of an ovarian cyst, others experience pain and unexplained bleeding.

Typically, this type of cyst is benign, meaning non-cancerous. Even so, women should see their OBGYN if they notice anything out of the ordinary.

Women should learn about the potential causes, symptoms and treatments available for an ovarian cyst. This cyst develops for one of two reasons. First, they form as part of a woman’s normal menstrual cycle. They are small and usually go away without any intervention. Second, the cyst develops in the ovaries. As for the cause, it depends on the kind of cyst. While most are benign (non-cancerous), some are malignant (cancerous).

There are two categories of cysts, each with different types. The first category is functional and is the most common. Women are born with two ovaries. During ovulation, an egg travels from an ovary into the womb. If sexually active, sperm can fertilize the egg, which results in a pregnancy.

That egg then forms in the fluid-filled follicle. That fluid is what protects the egg while growing. Following the release of the egg, the follicle bursts. If the follicle shrinks after the egg releases and the egg does not release or the fluid does not drain, then the follicle swells. At that point, it becomes a follicular ovarian cyst. Usually, it goes away on its own in a couple of weeks.

Another type of ovarian cyst in the functional category is a luteal cyst which is less common. Once the egg releases, tissue, called corpus luteum, remains and if blood fills the tissue, then a luteal ovarian cyst develops. This cyst usually goes away in two to three months. There are times when it ruptures, causing instant pain and bleeding internally. If that happens, the woman should immediately contact her OBGYN.

An ovarian cyst can also be in the pathological category. The first type in this category is called a dermoid cyst, which is usually non-cancerous. The cells that make eggs are what forms the cyst. For women 30 years and younger, this is the most common kind, but unlike the others mentioned, this one does not go away. Instead, a doctor would need to remove it surgically.

A cystadenoma is another ovarian cyst in the pathological category. This forms from cells covering the outer area of the ovary. In this case, the sac either fills with a watery liquid or a thick, mucus-like substance. What makes this cyst different is that it typically attaches to the ovary by a stalk instead of growing inside the ovary. While seldom malignant, a doctor must also surgically remove the cyst.

The most common symptoms of an ovarian cyst include:

If you have any of the symptoms of an ovarian cyst mentioned or you feel that something is not right, then contact your OBGYN. Your doctor will run specific tests, followed by providing the appropriate treatment.

Check out what others are saying about our services on Yelp: Read our Yelp reviews.

When Is A Hysterectomy Recommended?

If you have been told you need a hysterectomy, you are not alone. Many women undergo this surgery before they reach the age of 60. In the United States, it is the most normal non-pregnancy-related surgery. If you have not reached menopause, then a hysterectomy will end your monthly period. You will also not be…

Want to understand more about menopause and the need for continued care throughout this stage of a woman’s life? Every woman will experience menopause, as it is a natural occurrence that marks a new stage in her life. While some women will experience minimal symptoms, others will experience severe symptoms. This fact makes it essential…

What Is A Painless Delivery? [Ask An OBGYN]

Women go through severe pain during labor, which is sometimes why many ask their OBGYN about painless delivery. The pain can be unbearable, especially if it is the first pregnancy. Advancements in medicine have provided women with the option of pain relief methods to limit the severity of the pain and make childbirth more endurable.More… 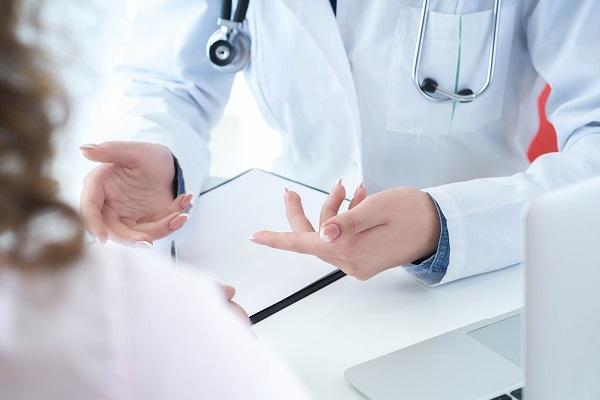 When Is A Hysterectomy Recommended?

If you have been told you need a hysterectomy, you are not alone. Many women undergo this surgery before they reach the age of 60. In the United States, it is the most normal non-pregnancy-related surgery. If you have not reached menopause, then a hysterectomy will end your monthly period. You will also not be…